From June 10th to 13th, Guadalajara hosted the most important forum for scientific and technological exchange of exploration and production industry. The 2015 Mexican Petroleum Congress under the slogan "Knowledge, Technology and Expertise: Keys for competitiveness".

In its X edition, more than 270 national and international companies attended the 2015 Mexican Petroleum Congress, and more than 8,000 professionals related with the petroleum industry from 12 different countries were present.

This year, Expo Guadalajara hosted the event. The exposition had more than 1,000 stands and about 150 technical conferences, master conferences, and round tables.

At the opening/inaugural, the Pemex CEO, Emilio Lozoya Austin announced the first hydrocarbon discoveries taking advantage of the opportunities that the Energetic Reform offered. He pointed that four new areas with important potential of oil in shallow waters in the well-known areas as Tabasco Litoral, and near of the Cantarell complex. It represents the major exploration success of PEMEX in the last 5 years, just after Tsimin-Xux and Ayatsiloilfield

The MPC bring together the most important figures in the industry, and exchange points of view and strategies that converge in the current panorama ande the future prospects for the sector.

For this reason, SURPETROL reaffirmed its compromise, and showed itself as a global leader company in the supply of services of capacity of fluids production in oilfields with fixed and mobile Multi Flow Meters.

One of the Surpetrol objetives in the MPC was to offer punctual information of our specialists about the different services that we provide, as well as show the high technology contained in our equipments. All this was accomplished through the exposition and the dissertation in our stand where different topics were given as "Aggregated Value of the Multi Flow Meter in the Optimus Management of Oilfield" and "Successful Executed Projects in México". The Program was well received  among the assistants who let know their concerns and experiences, creating a great synergy between the Surpetrol specialist team and the participants.

At the MPC closure, was given to know that Monterrey City in Nuevo León will host the XI edition in 2016, where Surpetrol will be participating one more year, reaffirming its compromise of being continuosly ahead developing and supplying innovating solutions to our customers.


Surpetrol has received reports of scammers sending an email in our name to obtain information for unknown purposes. 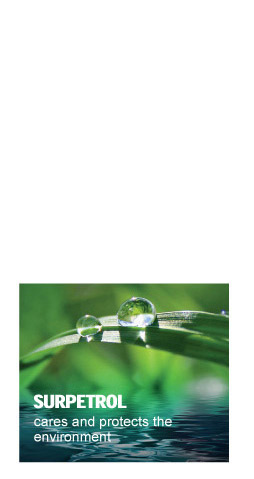